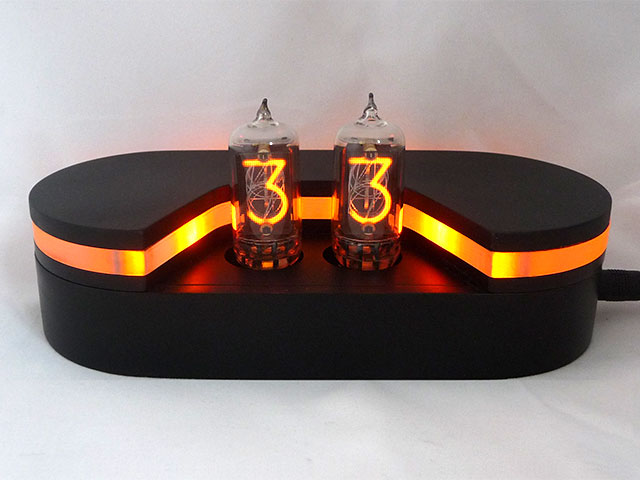 How it came about – designing the Nick ‘O’ time

A while back I was very generously sent a bunch of ten beautiful nixie tubes by an avid UK nixie tube collector who owns the nixie tube forum and goes by the monniker of Nicko.

In response to this generosity I designed and made two clocks to the design in the picture above. One I gave as a thank you present back to Nicko. Inevitably I had dubbed it the “Nick ‘O’ Time”. I do like bad puns. Sorry.

The other clock the wife of a friend begged me to sell her as a surprise present for her husband, who’d admired it on a visit to my house.

I have not been a huge fan of the many nixie clocks that appear to be a set of dull tubes poking out of a rectangular slab. Some of these have been done exceptionally well by others I admit, but it seems to be such a well-trodden path and easy way out, I have personally steered clear of it. This design is about as near to the slab-with-tubes concept as I’d like to get.

I am also a great fan of Dieter Rams, the designer responsible for most of Braun’s classic designs. I once worked for Braun UK and was most impressed with the design and form following function ethos. Dieter was the Sir Jony Ive of his day.

At some point I got the idea of a Dieter Rams/Art Deco inspired design where I could use a slice of clear acrylic and edge light it with some LEDs buried somewhere in the slice. The PIC I was using had two pulse width modulation (PWM) outputs and I’d already written a sine routine for cross-fading LEDs using these two hardware PWM outputs.

I did a little CAD drawing of what I might make and I ended up with pretty much what I’d envisaged. Ah the joys of forward planning. Yeah, as if… no, this time I really was quite organised for me. 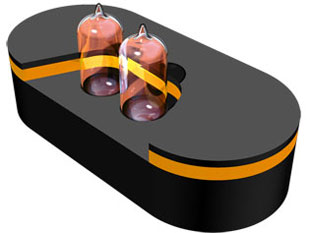 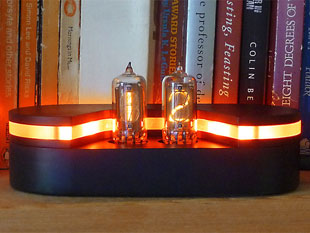 The base was made from two layered sections of plastic drainpipe and acrylic sheet, glued, filled, sanded smooth and sprayed satin black. The other parts were machined from acrylic, having made templates for routing them out from the base, so the shapes matched up.

It’s perhaps not clear from the pictures, but two switches are provided on the top of the case for setting the clock and selecting the modes. 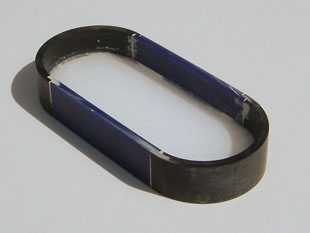 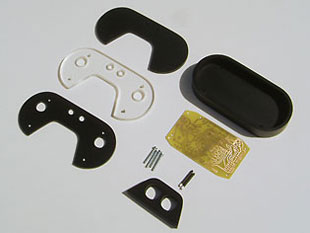 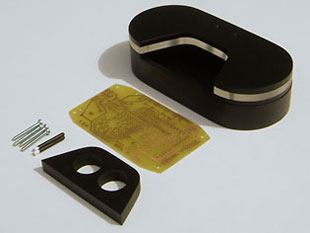 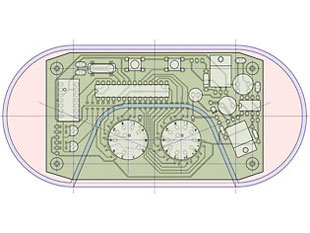 The Nick ‘O’ Time is quite straightforward, with no battery backup or anything. The switched mode high voltage power supply originally used a MAX1771 to generate the high voltage. I had issues with it regulating and overheating and I have since made a further four boards with the tried and tested 555 timer circuit which stays as cool as a cucumber.

There is a diagnostic LED which doubles as a flashing colon if required. Not used here visually, but it is reassuring to have a pulse showing if the tubes are not plugged in.

Two transistors drive pairs of red and yellow LEDs hot glued into the clear acrylic slice. The glow cycles from red to yellow and back again on a very slow sine wave.

Clock timing is derived from an accurate Dallas DS32KHZ chip. Any other 32kHz source could be used.

The single-sided PCB was designed using Osmond, printed out on a laser printer, ironed onto the copper before etching and drilling. 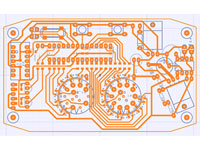 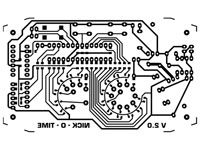 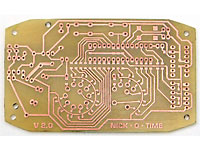 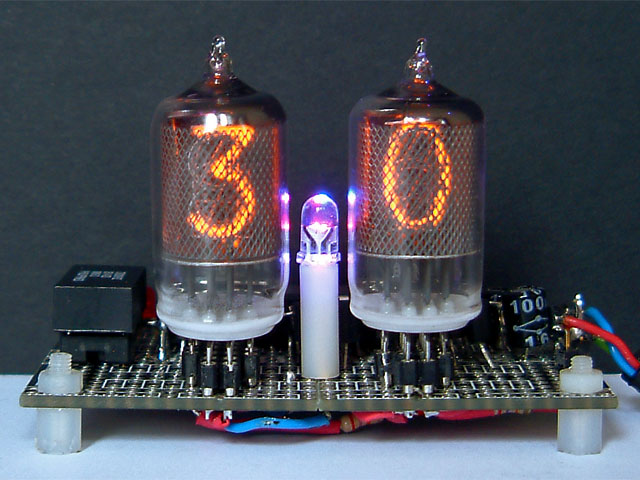